Roze Filmdagen (Pink Film Days), the renowned Amsterdam LGBTQ Film Festival celebrates its 22nd edition in March 2019 with an array of films from around the globe with (a) LGBTQ element(s). Next to documentaries, feature-, art- & short films, also alternative projects are programmed, as well as talks with audience, creators and critics.

In 2017 Soopknife was invited to compete in a pitch to create a new visual for the 2018 campaign, based on the two penguins pictured in the festival's logo: Buddy & Pedro.
These male penguins living in the Toronto Zoo made headlines in 2011 when they showed signs of same sex behaviour. The zoo separated them and they were forced to mate with females, causing wide spread public protests for their reunion. Ever since they exemplify the thought behind the festival: love that you need to defend and -at times- fight for.

After last year's successful campaign the festival continues the collaboration with Soopknife. Part of this year's brief was to stay very close to the 2018 visual, including an identical lay-out and typography.
The 2019 concepts came from the news midway last year that two male penguins adopted an orphan baby in the Sydney Zoo, and -very recently over Christmas- that a lesbian penguin couple in New Zealand is expecting! Design concepts heroing a baby and other graphic derivatives were presented. The final chosen design is a family expansion with three penguins. A new, fresh and striking hero colour was on the wishlist as well. I proposed the Dutch national colour for this year, as it never starred as base colour in the history of the festival. #orangeisthenewpink 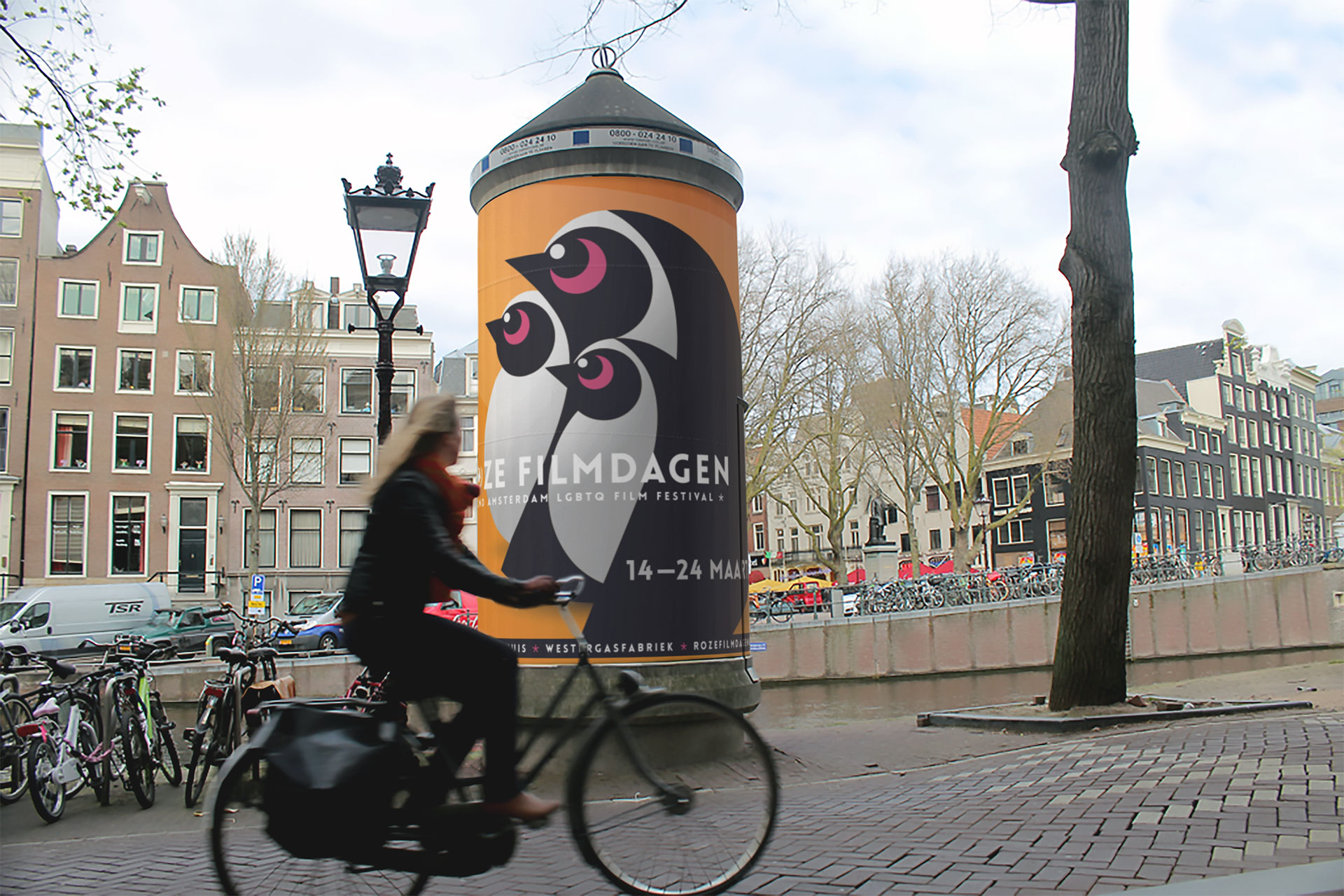